Reception in terminal or airport upon arrival in Cusco and transfer to hotel. Free morning to acclimatise. In the afternoon from 13:45 to 18:30 pm approx. We will make a tour of the Inca city, its main streets and 4 ceremonial centers. In this guided tour we will visit the most important places of Cusco such as: Plaza de Armas, external visit of the Cathedral, guided in Qoricancha or Santo Domingo temple, etc. Then visit the nearby archaeological sites such as: Kenko, Tambomachay, Puca Pucara and the impressive fortress of Sacsayhuaman. Return and Overnight.

Excursion all day to the Sacred Valley of the Incas. Transfer from the accommodation and start the journey to the Sacred Valley of the Incas. We will visit important tourist sites such as Pisac ruins Pisac Market, Urubamba province (buffet lunch included), continuing to Ollantaytambo, with a guided tour of its strong points (built to monitor the entrance to this part of the valley and protect it from Possible invasions of the tribes of the jungle). P.m. We will go to Ollantaytambo station to take the train to Aguas Calientes. Upon arrival you will be taken to your hotel. – Overnight in Aguas Calientes.

In the morning, we will ascend by bus to the Sanctuary of Machu Picchu and visit the lost city of the Incas, an impressive citadel built on a mountain, rich in flora and fauna. Its name in Castilian means Old Mountain. It has also been called the Lost City of the Incas as it was unknown to the outside world until Hiram Bingham revealed his existence to the West in 1911. It was built in the 15th century and its attributed to Inca Pachacutec. The site is divided into sectors covering approximately 20 hectares. The agricultural sector consists of terraces up to four meters high cut on the slopes of the mountains. The urban sector consists of open spaces and buildings, including the Temple of the Sun, the Intihuatana or solar observatory, the Temple of the Three Windows, the Main Temple and the Condor Sector. There is also an impressive monolith carved three meters high and seven meters in diameter from the base, known as the Holy Stone. Return to Aguas Calientes. Return to Cusco. Overnight.

We go to the population of Moray we will pass by very typical populations and beautiful landscapes that we will be able to enjoy in our route. MORAY It was an important center for acclimatization and hybridization of wild plant species that were modified or adapted for human consumption. Then we continue towards LAS SALINERAS located 7 km from MORAY, we will pass through a town called Maras. Towards the northwest of the town of Maras are the famous salineras known by some as the Salt Mines are constituted by about 3000 small wells, built to one side of the mountain Qaqawiñay, that during the dry season are filled or watered every 3 days With salt water emanating from a spring located in the upper part of the wells so that when the water evaporates, the salt contained in it gradually solidifies. Return to Cusco. Overnight.

Free morning. Transfer of time and assistance to return. 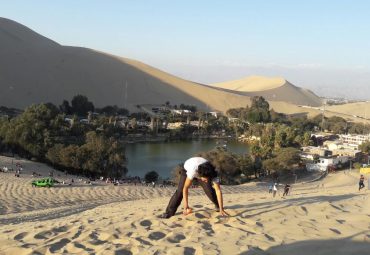