The Amaru llacta family, travel agency welcomes you to the navel of the world, city of Cusco, we thank you for your preference and confidence in advance. Our goal is to guarantee your best stay with us and to enjoy what Cusco offers you.

Arrival time required to take the tour, it is before 7 a.m.

Pick up from the airport and transfer directly to the hotel, after installation at the hotel; We proceed down to the pool of the main square with the tour guide to access your first tour which we detail below:

Center of agricultural engineering more important position of the micro climates that are in his andenerias, had the function of acclimatizing different types of plants.

The salineras stand out for the reason that by the pre-Inca colonial and republican and current times is the extraction of the salt known worldwide for its uses in international kitchens as its medicinal uses.

The temple of Sacsayhuaman, originally built by the Inca Pachacuteq, was never completed in its totality, although due to its magnitude we know that it was a very important structure for the religious Incas.

It is an archaeological site located within the park of sacsayhuaman and has the particularity of being carved in mother stone and possibly having a funerary utility.

Military construction near Cusco is part of the defensive system of Cusco.

As its name indicates tambo “rest” was a place of rest and worship to the water.

Trip to land-based hydroelectric power station for once there take the train and go to the town of Aguas Calientes, in order to enter the afternoon shift to the citadel of Machu Picchu.

Macchu Picchu
The Machupicchu llacta is approximately 500 years old and is one of the 7 wonders of the modern world, its function is not exactly known.

The architecture is impressive because it is located between two geological faults and has an upward support that allows you to enjoy it nowadays.

If you have your flight or transport past the half day, you will be given a guided visit to one of the city’s museums; That is included in your general tourist ticket.

Transfer to the airport and / or land terminal. 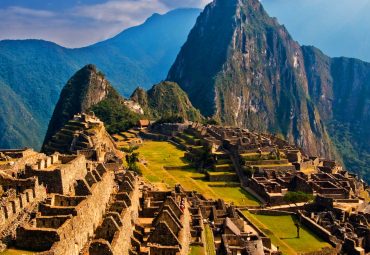